Stephen Thompson Posted on May 3, 2015 Posted in Other 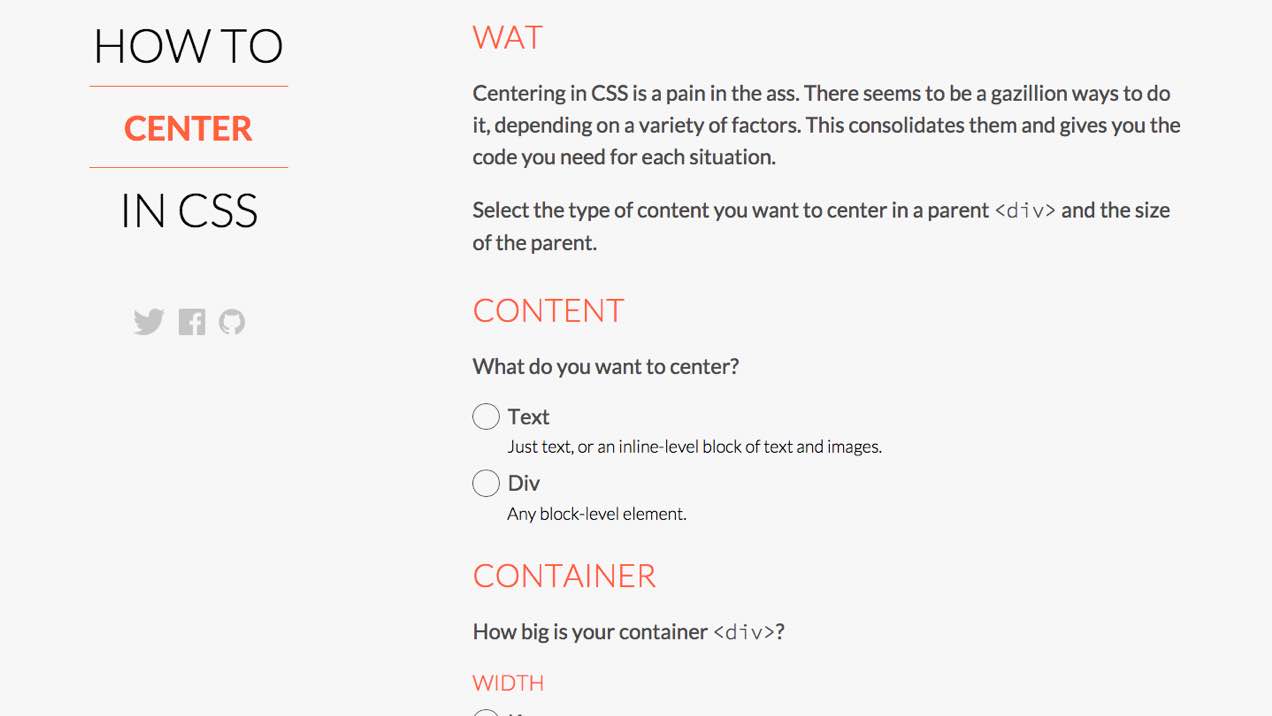 Find your center. Breathe. Nope, we ain’t in a yoga studio. Just testing out this new CSS centering tool. 🙂

If you’ve ever had to center something in CSS vertically, horizontally, or both, you probably soon realized it’s kinda tricky. This web app aptly called How to Center in CSS takes care of that for you. Just tell it what you want to center—content and/or container and their parameters, and it will spit out some HTML code with inline styling that you can use or modify into your code. My only small gripe is that I wish it produced regular CSS instead of inline CSS (which is a no-no most of the time because it’s hard to override later). Other than that, it can be a good time saver.

How to Center in CSS | via eWebDesign Newsletter Issue #86